The musical focus of the 45th Nuremberg Bardentreffen Festival 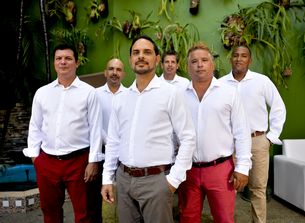 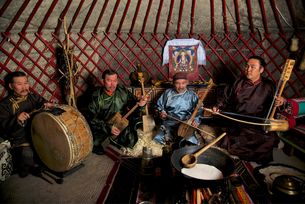 “Strong Voices” at the 45th Nuremberg Bardentreffen Festival
Crowd singing has been getting increasingly popular lately. People sing in pubs, at Karaoke parties, and sometimes from their balconies. Because choirs have not done a lot of singing in the past two years, and because generally singing and the voice was suspected of spreading infection, this summer’s “Bardentreffen”, held from Fri 29 July to Sun 31 July on eight stages in Nuremberg’s Old Town, will focus on all variations of producing sound using the vocal chords – from throat singing to beatboxing. For singing is a basic human need and, yes, it may even save lives. For example, singers from English National Opera in London, through singing lullabies and voice training successfully helped long-Covid patients to breathe properly again. “Singing is breathing, and breathing is life. This diversity of breathing is a perfect fit for our open-minded, metropolitan festival“, says Rainer Pirzkall, Bardentreffen’s artistic director. And so the programme selection for the “Strong Voices” focus reads as internationally as ever.

Those invited this year include Latin-Grammy winners Vocal Sampling from Cuba, who manage to imitate an entire Salsa orchestra using only their vocal chords; the women’s choir Sopa De Pedra from Portugal who in a most enchanting manner translate the heritage of traditional Portuguese songs into the present day; and Tuvan group Huun Huur Tu who are internationally celebrated for their art of overtone singing. Alogte Oho & His Sounds of Joy have dedicated themselves to Fafra Gospel from Ghana, the musicians of L’Alba are masters of Corsican polyphonic singing, and The Henry Girls from Ireland captivate audiences with their three-part singing of Bluegrass, Americana and Irish Folk. The intoxicating beatbox ensemble The Razzzones from Germany have already enchanted an audience of millions in the TV show Voice of Germany, and with their Razzzelbande [Rattling Rascals] will also present a children’s concert on the Insel Schütt stage.

Songwriters with a stance

But for singing you need not only breath, staying power and a strong voice, you also need a stance. Particularly at times like these, the festival theme should definitely be understood to have a political aspect, too. Irish singer Wallis Bird in her songs fights for equal rights, against discrimination. In her songs, Nomfusi, currently one of South Africa’s strongest voices, again and again denounces social injustice, and Djazia Satour, born in Algeria and now living in France, lends her voice to those who do not have a voice, by addressing the topics of exile and migration in her music. Discover hidden gems!

This year, Bardentreffen will attempt something special: linking with the ION Nuremberg Music Festival, crowd singing concerts will be staged during both festivals, for audiences to participate with a strong voice – without any choir experience or sheet music. Goosebump moments are bound happen when hundreds get together to sing: on 24 June during ION (International Organ Week) in Nuremberg’s Old Town with sing-along expert, Jan Schumacher, and during Bardentreffen on 30 July on Insel Schütt with Berlin Band Sing Dela Sing.

Thus, through these concerts when a diverse, colourful society peacefully celebrates together across all country borders and, ideally, sings together, culture will become a “loud-speaker” and a strong signal for peace and freedom. Well, system-relevant. A feast for all senses, getting high on voices.

Bardentreffen can only continue to be free of charge thanks to faithful sponsors, such as Sparda-Bank Nürnberg. Stefan Schindler, CEO of Sparda-Bank Nürnberg, emphasises: “It is particularly at times like these that signs of standing together, of living together peacefully and of diversity are very important. Bardentreffen stands for just these values, and it is precisely this community feeling that we want to strengthen with our commitment.”

The programme brochure with the entire festival programme will be published in mid-June and will be available for 5 € in regional bookshops or may be ordered online. The silver instrument pin – percussion this year – may be ordered on the Bardentreffen website from early April, for a donation of 5 € or more. By donating for the pin, you support the re-financing of Bardentreffen and contribute to future festivals continuing to be free of charge. 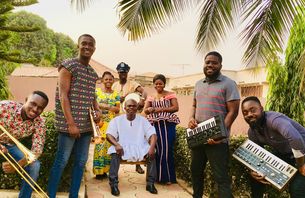 Alogte Oho & His Sounds Of Joy (GHA)
to top