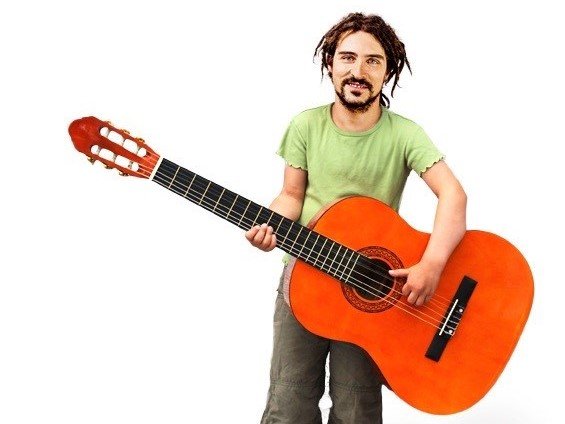 El Mago Masin has been touring the stages between Spitsbergen and Bibione for several years. He combines colorful virtuoso guitar playing with crazy songs, anarcho-comedy and profound nonsense. With consistent unconventionality behind him, he dances between playful word creations and wacky stories. A journalist recently described him as a "songwriter with Peter Pan syndrome". The Bardentreffen veteran is a regular at the Quatsch Comedy Club, tours successfully throughout Germany and is a guest on various TV shows.