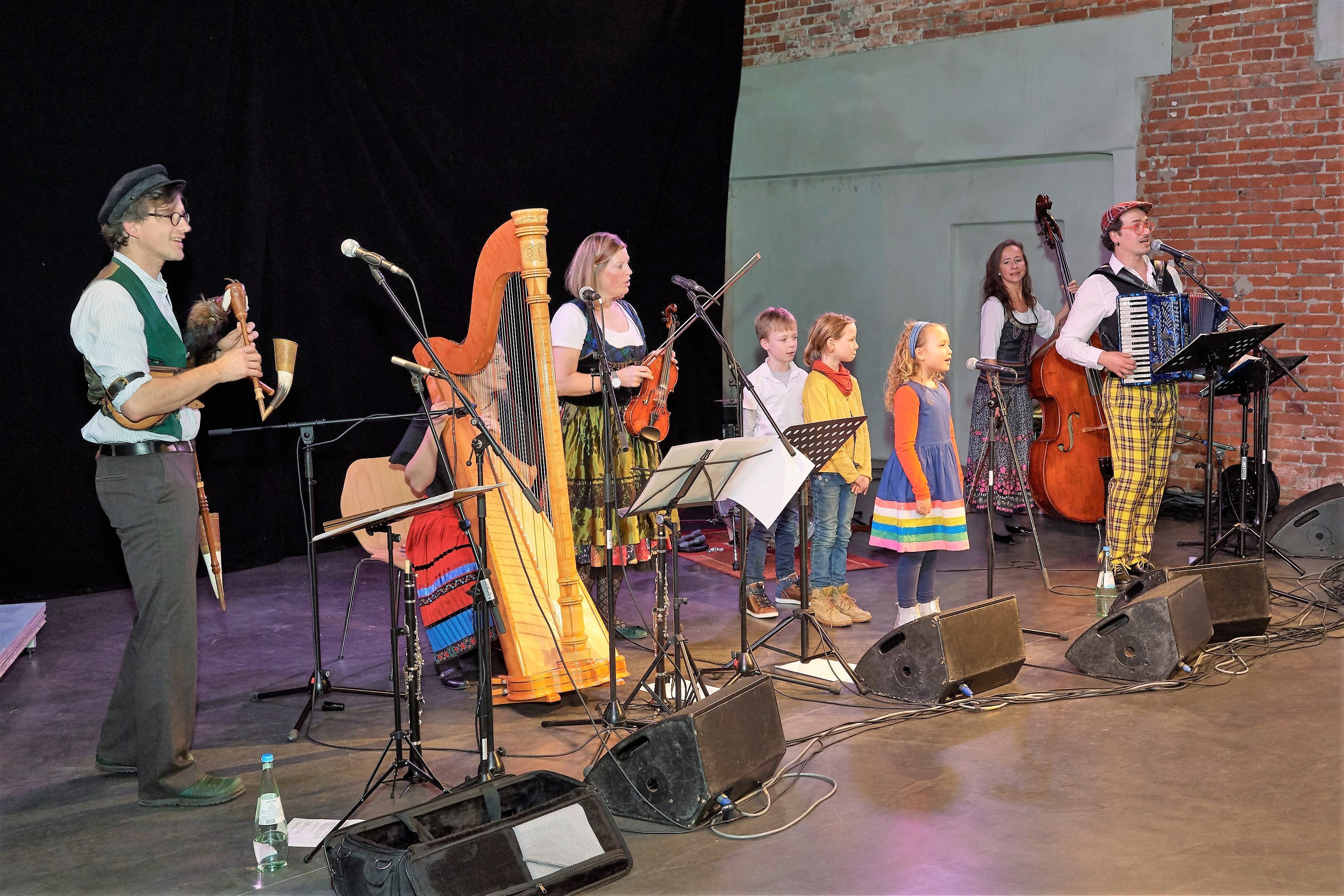 The Boxgalopp group makes kids happy – and their parents as well. For the dialect team around Bamberg, musician and Kellerkommando-commander David Saam fools around using Franconian texts and cheeky non-folk folk music. Stunners such as “Bridschäbraad” [Well and Truly Sozzled] will be as much part of the Franconian happy songs hall of fame, as the song about “Hexenmasdä Grimefix” who works his magic with hit potential and as “Hansgerch vo Bischberch” who makes a fine figure for young Franconian music enthusiasts.