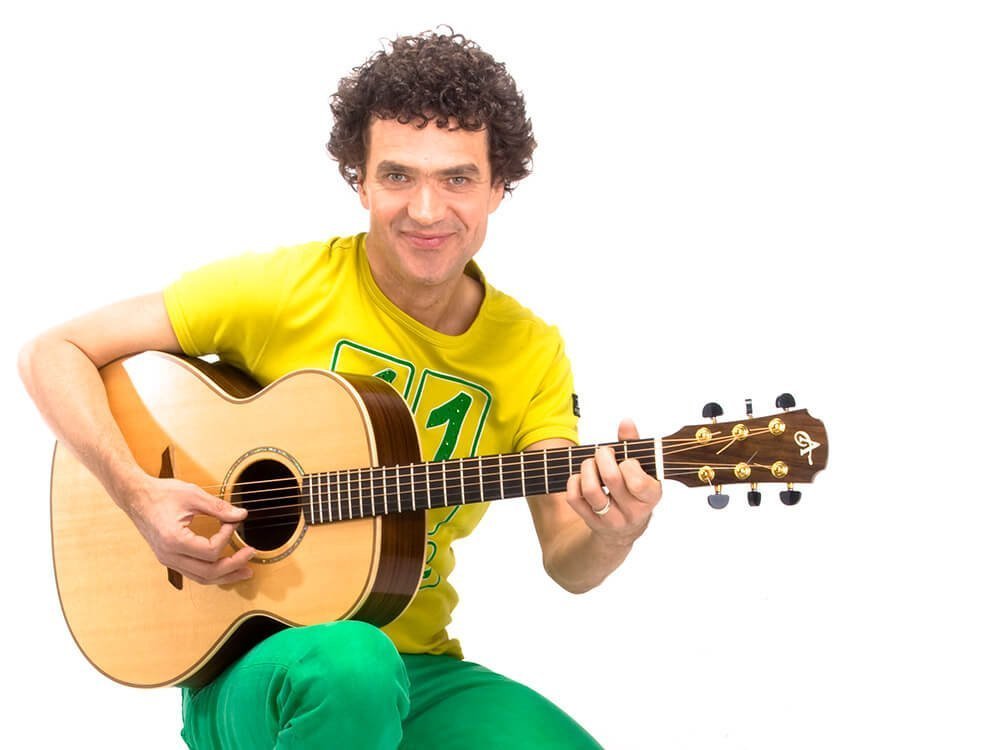 Dutch writer of children’s songs, Dirk Scheele, was invited to this year’s Bardentreffen for an exciting duel with Geraldino, head of family musicians. Both have been around long enough to know: entertaining children is no child’s play. Geraldino sets free earworms in children’s rooms all over the Federal Republic. Scheele is sometimes called the “Steve Vai for the little ones” – which is equivalent to being admitted to the guitarists’ “Hall of Fame”.