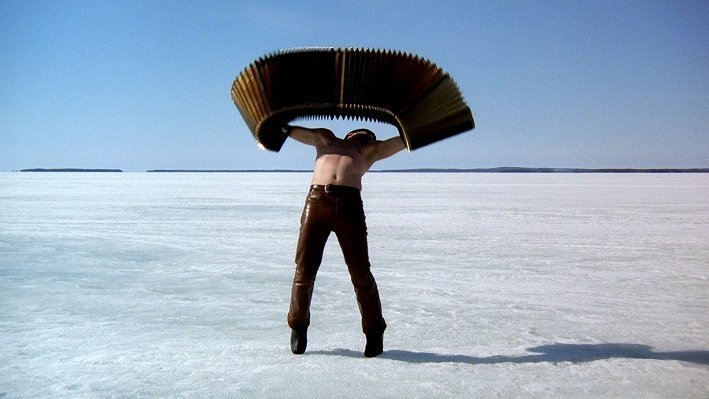 Accordion music? Yes, but forget everything you have ever heard or seen about it. In the quest for his very own expression, Finland’s probably most exciting contemporary musician breaks the chains of convention. Film maker Kimmo Koskela tells the extraordinary story of cross-over artist Pohjonen and takes on his creed: break rules, create the new! SOUNDBREAKER is the extraordinary portrait of Finland’s accordion visionary Kimmo Pohjonen. In order to capture the essence of this exceptional musician, film maker Kimmo Koskela breaks the mould of the documentary genre. His film is an overwhelming montage of image and sound, in itself as full of power and vitality as Kimmo Pohjonen’s live concerts. SOUNDBREAKER was screened at numerous festivals worldwide and received awards, including the “Prix de la Création” in Montréal for its exceptional artistic creative power.